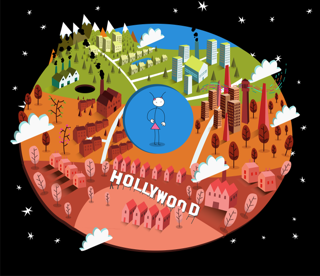 As apart of the Duet Perk from the Indiegogo Campaign, two very special supporters had the opportunity to dine with Sandra Oh and Ann Marie Fleming. A once in a lifetime experience!

Maya and Karen wrote in to Window Horses to give an account of their experience:

My friend Karen and I had been thinking about the Duet Perk for Window Horses for a while, so we decided to just go for it because we really wanted to help the film and dinner with Sandra and Ann Marie was a plus. So a date was set for February 3 for our lunch in L. A. Karen and I arrived at the dim sum restaurant first to discover the place had closed down two days earlier! AMF and Sandra contacted us followed by a lot of laughs at the timing of the situation. We went to find another place to go, hopped in their car and headed toward Japantown. It ended up being quite an adventure to say the least!

First, we had lunch at a handmade udon noodle place, then found some macaroon bakery, and ended up having dessert at a donut shop we found. Sandra and Ann Marie asked us how we met and know each other. Sandra and I talked a lot about Broadway theatre productions we have seen and discovered we liked a lot of the same Broadway shows which was fun. We spoke a little about the play she had performed in Chicago “Death and the Maiden” . Both Karen and I picked Sandra and Ann Marie's brains about independent and foreign films we have seen as Karen had just attended Sundance. Ann Marie and I brought up YouTubers and how some of them are doing unique things. We also had a love fest about the actors and filmmakers we admire. In response to our questions about if she would be spearheading her own projects, Sandra mentioned that she is looking at different projects, trying to figure out what stories she wants to tell. That she is planning to do a lot of reading to help that process now that she has some free time for the first time in about 10 busy years. Something we all discussed the converse of the fact that while people who don’t see themselves represented in TV/movies need to see themselves. Many people who do see themselves represented all the time are interested in hearing different stories, such as the one Window Horses is telling. Sandra was also interested in what TV shows we watch and why. She did say that she would love to work with her Grey's Anatomy co-star Kevin McKidd again which was great to hear.

Ann Marie spoke about Window Horses and the animation process. She talked about some of the challenges of using animation as a medium such as voice overs and having to tweak them knowing you might not have a chance to re-record a section with an actor. Ann Marie commented on how the funding for Window Horses was going. We discussed how Window Horses is a group effort , many people are involved which will make the final project even more meaningful. Karen also had a book of Rumi's poetry with her and Ann Marie read a passage of it which was the perfect way to end the day!

Karen and I would like to thank Sandra Oh and Ann Marie for spending so much time with us. It was such a great experience and we had a lot of great memories to take back home. Also, thank you to the Window Horses team, especially Bella, for helping to arrange everything for us! This couldn't have happened without your help! After this experience I am hoping that people will continue supporting Window Horses, because it has a lot of talented hearts and minds behind it. Thanks again everyone!

On the 22nd November 2014, Kristen Thomson facilitated an In Conversation with Sandra Oh for the actor's residency at the Canadian Film Centre (CFC)! Following the talk Sandra met 8 Emerging Talents who were invited as apart of the Ingiegogo Campaign, contributed by an anonymous benefactor

“This is what its all about, connecting and sharing”

TORONTO WAS A GOOD TOUGH AND FULL TRIP. OUR 1ST DAY OF recording with Shohreh who's voicing Merhnaz, was divine because she's divine and we made the fantastic discovery that Don McKellar was perfect for Deitmar! So another shining Canadian talent joining WH! (p.s I had just asked him to come and read off camera lines but AMF loved his humor and ease and I of course loved working opposite him)

Finished the day talking to KISS FM, the Globe and Mail and ET Canada.

Our 2nd day started with meeting out IGG guests. Great thanks to the anonymous donors who made that happen for all those wonderful young actors. I sat and chatted with a lovely group of up and coming Canadian actors some who are from my alma mater the National Theatre School of Canada woo hoo. We talked about the industry, how to keep things creative and not get bogged down by others expectations of you, who you're "supposed" to be or look like or sound like. I even got a question about diversifying through "my upcoming vodka line". I was able to turn that into a very important point - people will write anything about you and much of it is false. (Totally untrue that I have a vodka line or anything else in that one article )

Amf and I cried after that meeting cause we both thought -

"this is what its all about, connecting and sharing"

The talk at the CFC moderated by one of the greatest actresses (and NTS classmate) Kristen Thomson went great I thought. Well at least we enjoyed it, and we were able to show not only the WH's trailer but debut stickgirl and Norman Jewison! (keep an eye out for upcoming announcements of this video)

Amazing program that the CFC is running, 6 month acting directing and producing program. Go Canada! Support Canadian Culture yeah! Afterwards Amf and I had a dinner with the acting students…

Day 3 started early with Breakfast Television and the Global's The Morning Show. It was a great record day with Kristen Thomson who plays Caroline, Rosie's mum and Don McKellar who voices Deitmar. (omg there is footage - that we didn't know was being shot - of Amf, Kristen and I saying nothing but Duo Duo for 4 minutes, its a hilarious look into the actors process)

Window Horses is chugging along but we still need your help!! thank you for your support. 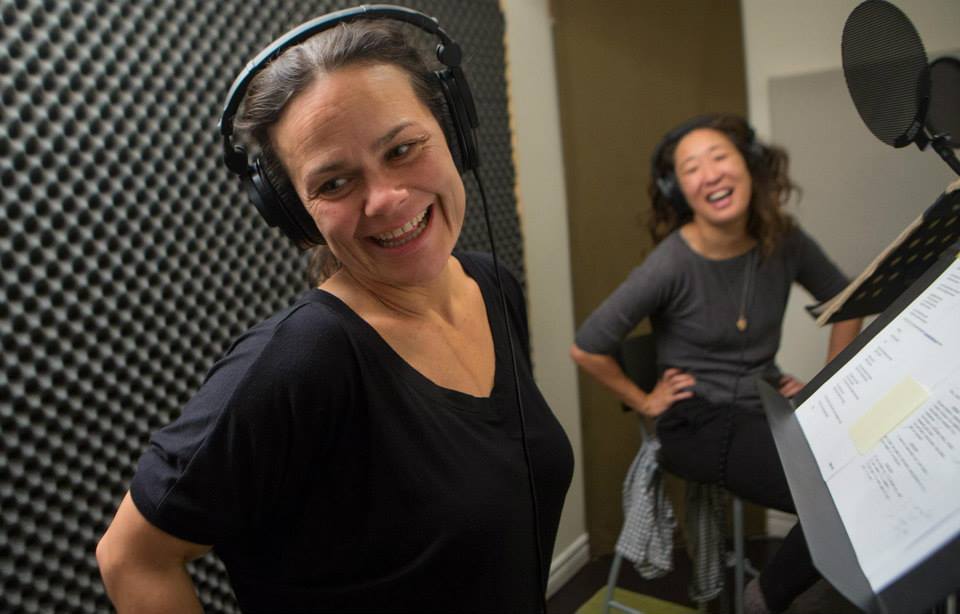 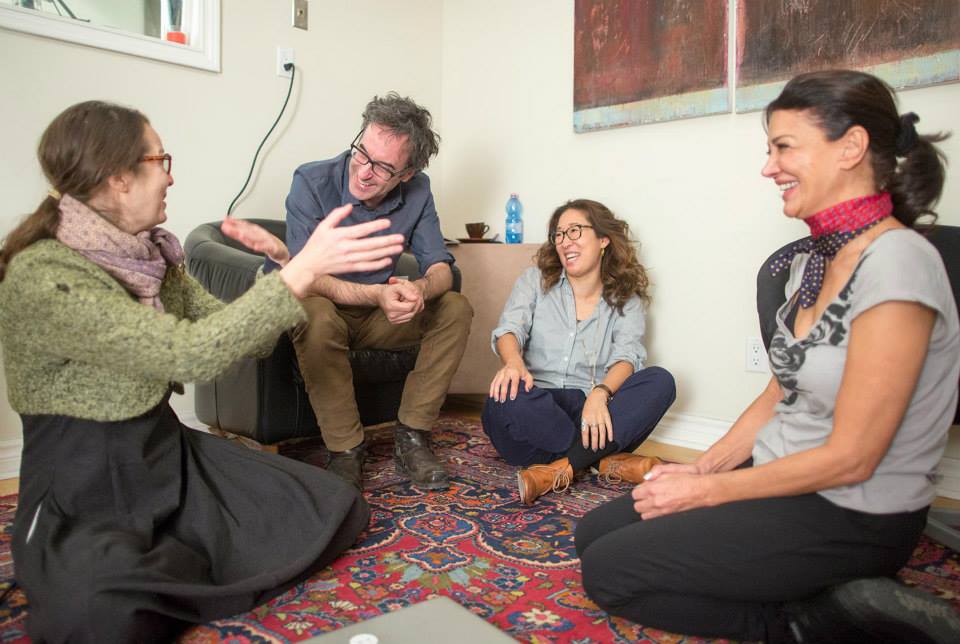 See our Gallery for more images